After the standard opening procedures by President Kimberly Jack, invocation by Lynn Oates, patriotic song led by Ted Dimon and the Pledge of Allegiance, the meeting was turned over to Lieutenant Governor, Mary S. She announced that new Leadership Manuals are being distributed. She then introduced Erica Stevens who will be our new Lieutenant Governor in October when Mary becomes the District’s Vice Governor. Erica is from the Buckeye Club.

Following Ted’s Story Time, three recent new members gave an introduction of themselves; Linda Wright, Robin Crane Cochran, and Aaron Vasquez. Steve Morse, Chair of Membership Committee, then completed the installation of new members; Linda Wright, Carren Schmoll, and Tom Pazarycki. Since the beginning of our fiscal year, October 1, 2020, we have accepted around 20 new members. Worldwide Kiwanis has 550,000 members in more than 80 countries.

Marketplace General Manager, Sandra Carrier, reported that as of May we are ahead of projections not only in production but also in volunteer hours. She opened the floor to Q&A. Recently a pewter platter sold on the EBay site for $5,000. Take that to the bank!!

Kimberly then announced that Sandra was voted by the Board last week to be the Executive Director for the Club & Foundation.  A well-deserved position for her considering her history with the Kiwanis Marketplace.  Following raffle drawings and thank-you’s, the meeting was adjourned. 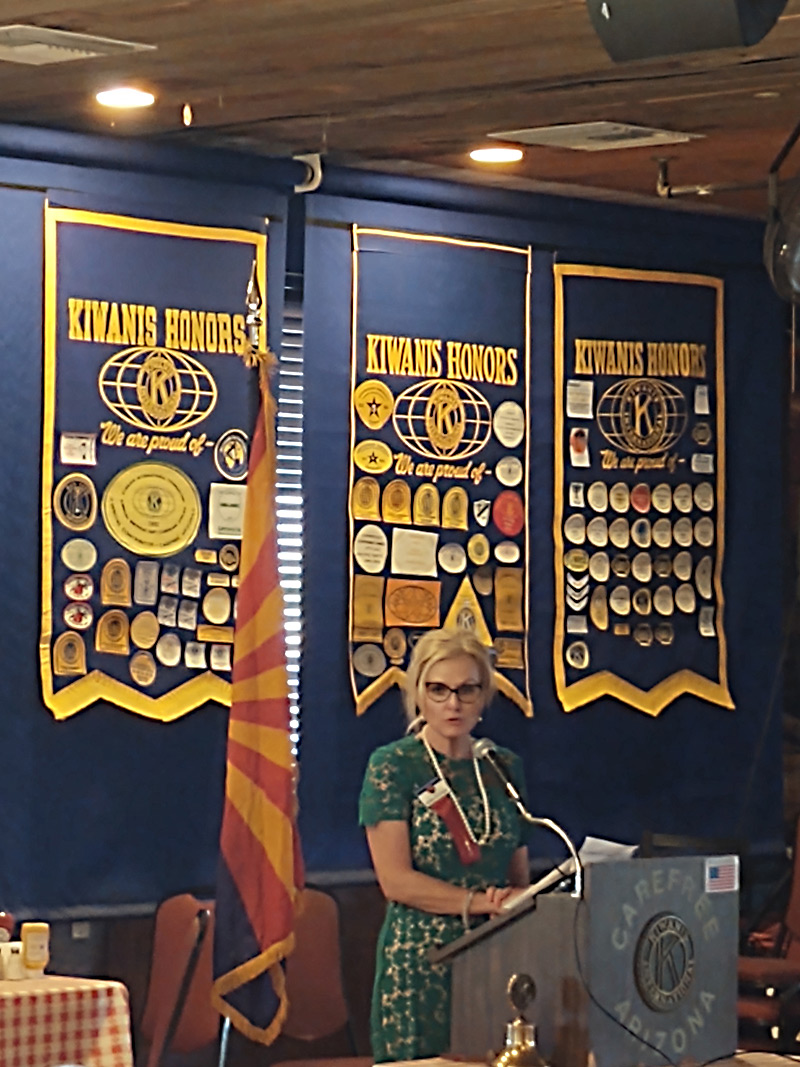