Kiwanis President Joyce Jordan, at our April 6, 2022 meeting, announced our Kiwanis Chapter’s Anniversary, as we were founded in 1973 by KT Palmer and Tom Darlington. We had four of our more senior members speak about their recollections of the early days of the Carefree Kiwanis Club. The featured speakers were:

George Hofer, spoke about the early launching of the “garage sales/flea markets”, their locations, their frequency, and revenues and how they have grown into what they are today at the Marketplace. These “garage sales/flea markets” were a major early factor in creating awareness and recognition of Kiwanis and our contributions to the local community.

Leo Reardon, spoke about the early “pancake breakfast” events, the large number of members who showed up early to prepare for making and serving the meals, and the large crowds who came to enjoy the pancakes. Leo also pointed out the significant number of years he chaired this pancake event and the Christmas event and shared the enjoyment of working together and the lasting friendships he has made over the years.

Kathy Haugner, first informed us that the native American meaning of Kiwanis was, “we trade”. Then she talked about the Kiwanis days before women were allowed to join formally, yet they contributed to the Carefree Chapter events and activities, and then the early days of women getting involved. She shared that at one time our membership was as high as 300, and we could recruit guest speakers by saying we could assure them of at least 100 member attendees. She spoke from her heart of how she hopes the Kiwanis traditions, objectives and protocols of days past would be continued into the future.

Geno Orrico, talked about humorous situations which had taken place at meetings and events during his years with Kiwanis. Surprisingly, he did not break into a song once he had a microphone in hand.

All of these shared stories from the past were good to hear for the benefit of all and especially the newer members who had not been there to actually have seen these Kiwanis membership events take place which have been the foundation of our Carefree chapter. 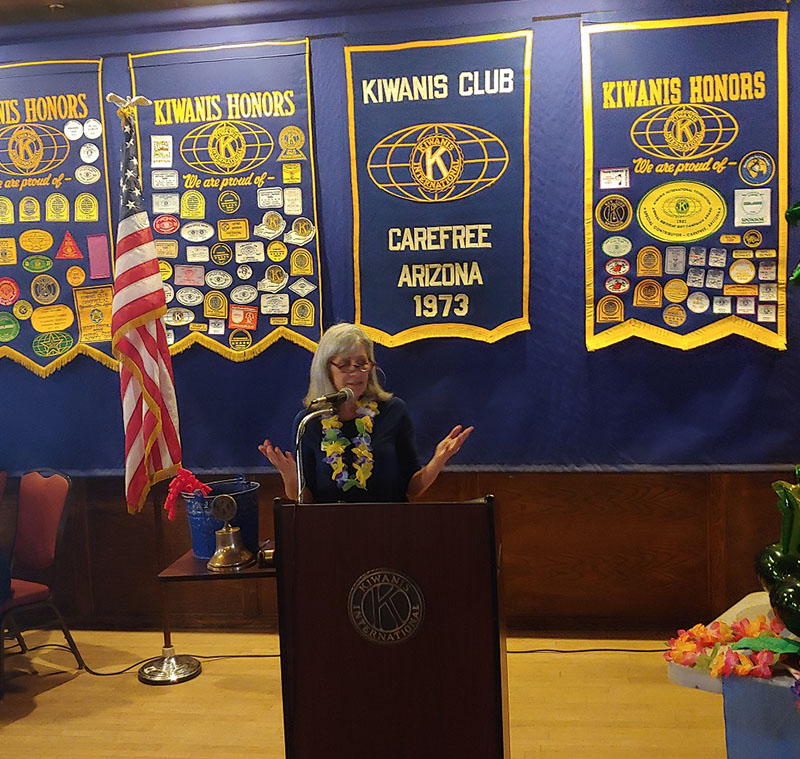 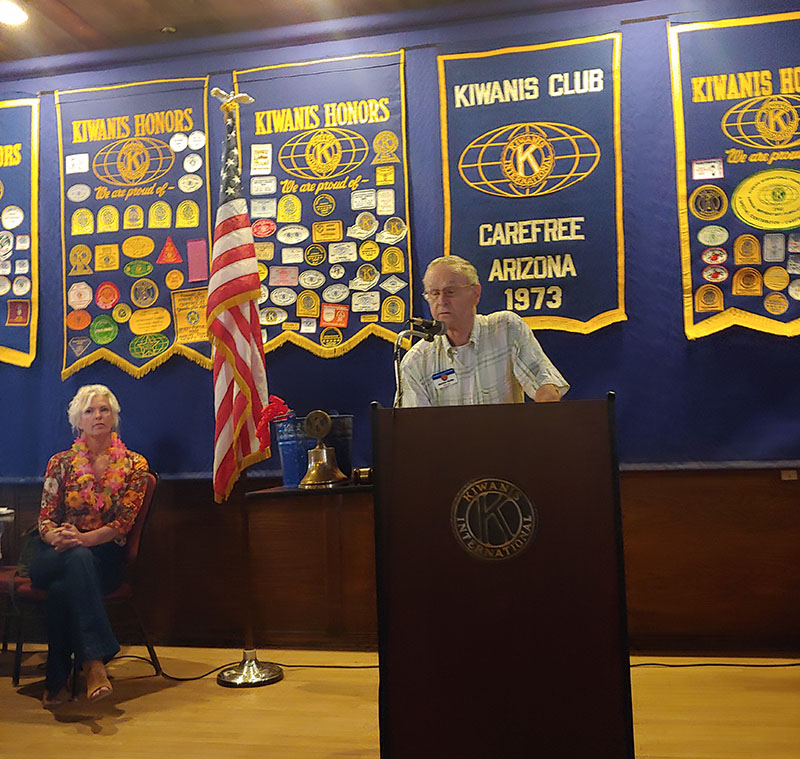 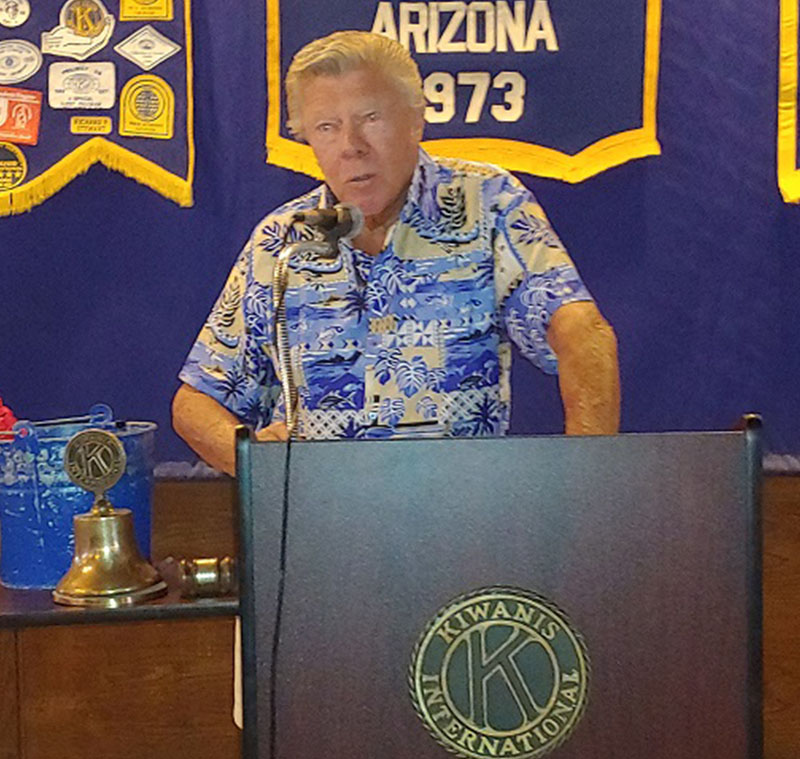 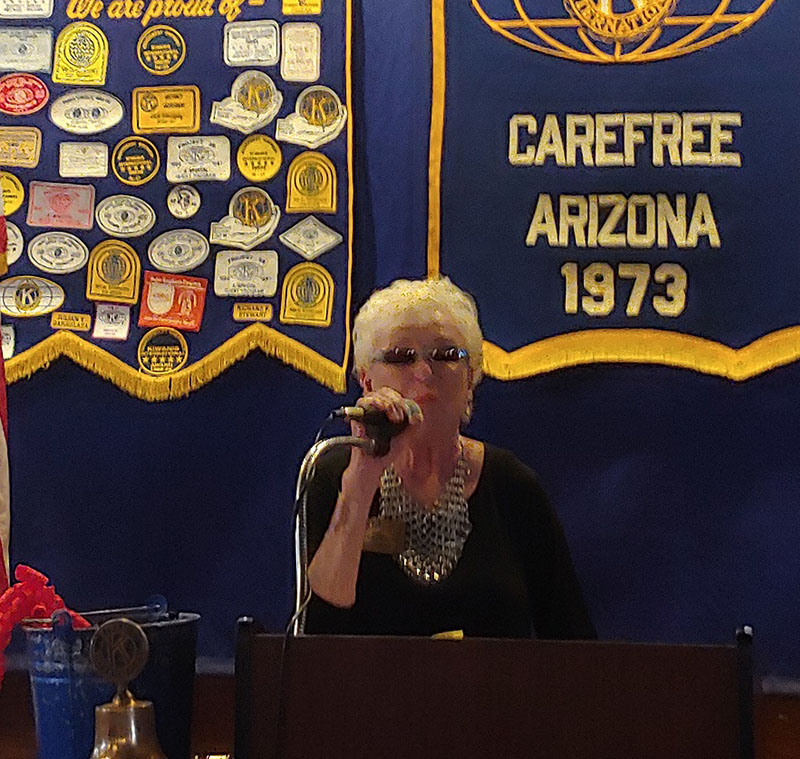 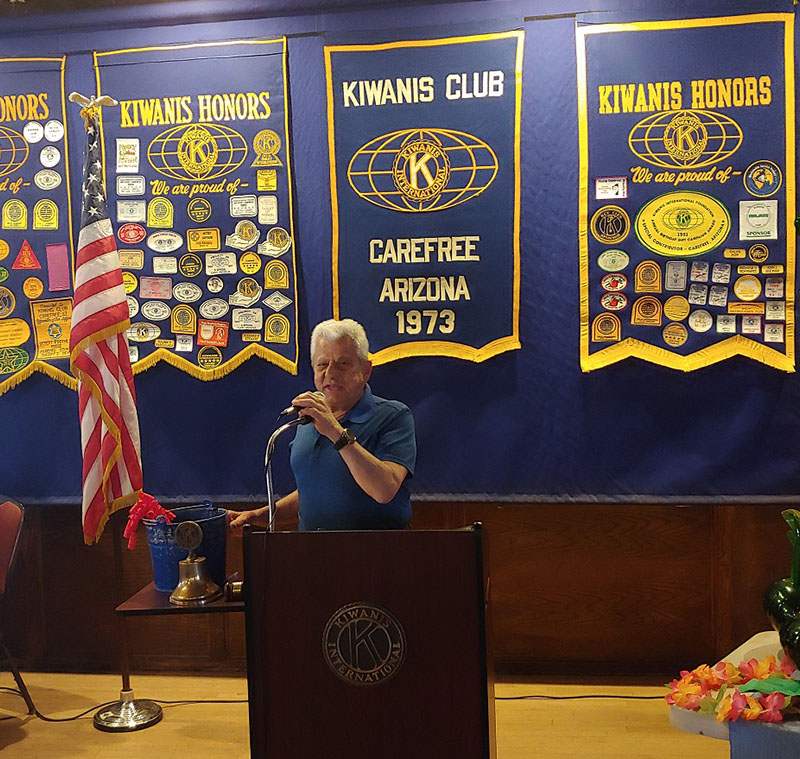