“Everyone”, Steve Morse, states, “needs a purpose.” And he has found that purpose through his family, his work as a State Farm Agent and his involvement in Kiwanis of Carefree.

Steve and his wife, Tami, moved to Arizona in 2016 from Oregon.  Steve spent in his early years on the Coast, and then lived in many Oregon towns and cities as a married adult.  They moved here to be closer to their daughter and grandchild. Once here, he wanted to get to know a lot more local people and connect with the community, so he began to look for a service club. He went to his first Kiwanis meeting at Harrold’s and it was, as he says, “off to the races” and began an “adventure of a lifetime.”

Everything he became involved with through Kiwanis reinforced his decision to become a member. He found his place within the Club of like-minded people with diverse backgrounds who shared in his desire to give back. He has served as the Chair of the Membership Committee for many years and is now on the Club Board of Directors, having also served on the budget and finance committee. “You can give more than you think you can if you’re deliberate,” Steve says; “and you always get more back than you give.”

His work with Kiwanis has introduced him to other local nonprofits like the neighboring Foothills Caring Corp where he volunteers weekly to deliver meals to many community members who have difficulties in getting out for meals.  Steve also served as the Immediate Past Chairman of the Carefree / Cave Creek Chamber of Commerce.

Steve has worked for State Farm for thirty-three years as an agent as well as in agency management.  Anyone who has been in his office knows the friendly reception offered, first for many years, by his “greeter dog, Gracie” and now by “greeter dog, Ruby” who welcomes everyone to Steve’s office with only an expectation of one pat one the head in trade for a friendly lick.   One day when Steve retires, he knows the transition into retirement will be smoother and easier as he continues to volunteer for Kiwanis and other local non-profit organizations. “People,” he says, “want and need to be productive, no matter what stage of life they’re in. There’s a place for you in Kiwanis.”

When he’s not working and volunteering, Steve enjoys being outdoors, exploring the wonderfully diverse state of Arizona and spending time with his wife, two children and grandchild.

Come meet Steve and other community-minded volunteers at the weekly Kiwanis meeting at Harrold’s on Wednesdays at 11:30am. 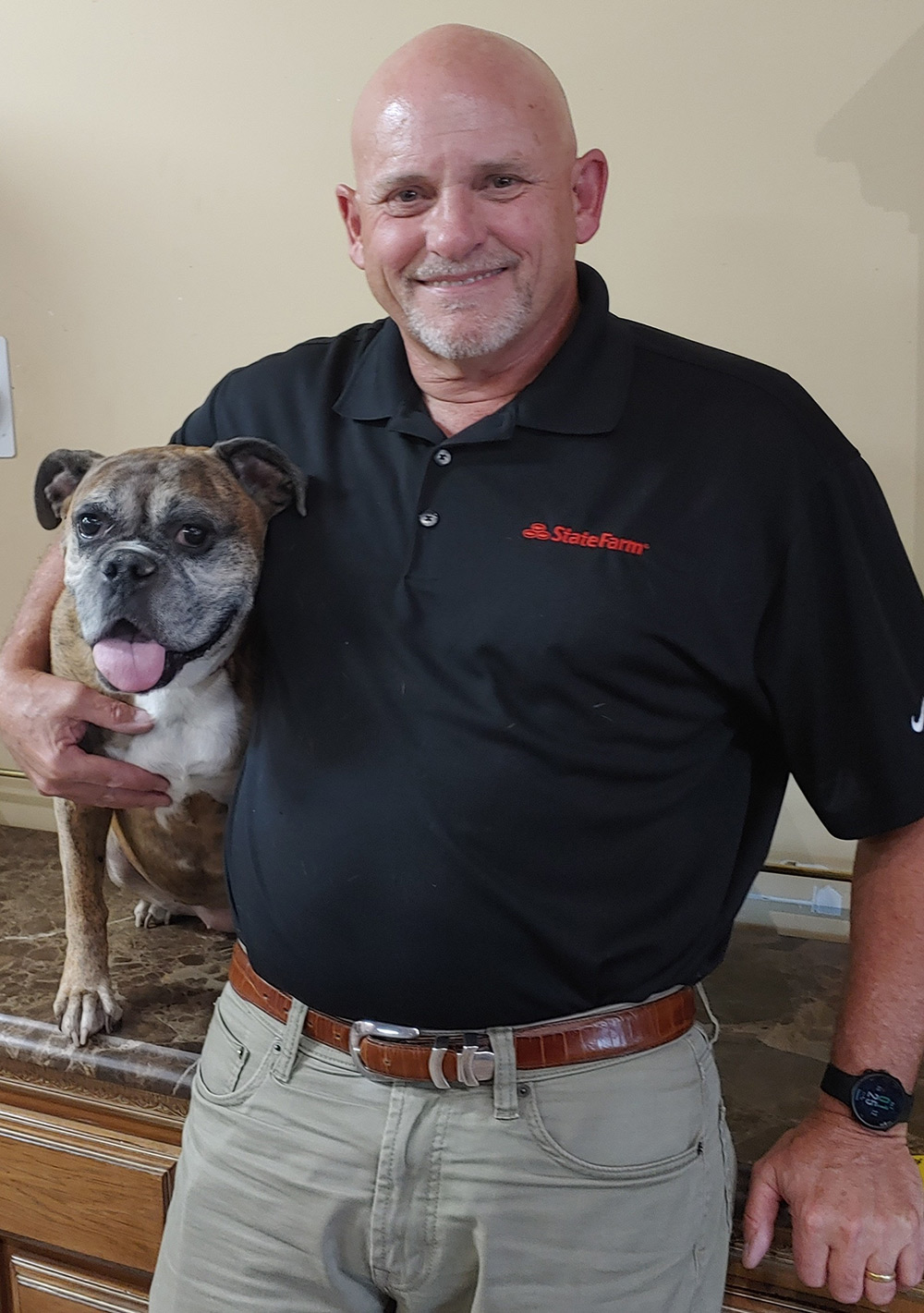 Steve with Ruby the Greeter Dog