For the First Time in the History of the Kiwanis Carefree Club… “we had not met in three months” were the emotional opening remarks of Club President, Mike Poppenwimer… never had it been so long since our Kiwanis Club not met, but the Covid 19 caused this lapse in Members getting together since March 11th. But even with the Member Meetings closed down, many of the Kiwanis Support Programs continued as the needs in the community were acute. Scholarships were still being awarded and other contributions were made to charitable causes on an “as needed” basis.

Mike went on to say how great it was that our Club’s Program and Hospitality Committee, led by Joyce Jordan, was able to pull together this outdoor venue meeting. Forty Seven Members were able to attend after a very successful emailing of notices and a personal call from President Mike to all members inviting them to this Wednesday, June 17th meeting at 9am at the Sanderson Pavilion in Carefree. President Mike passionate remarks included how wonderful it was to see so many of our member friends together again… all wearing masks so we barely knew them.

The program started with our invocation by Canon Dart, followed by our traditional patriotic song led by Song Master Ted Dimon (without his personal tuning orchestra), followed by the Pledge of Allegiance.

Mike first introduced Carefree Vice Mayor, John Crane who talked about how wonderful it was to see a large group of people taking advantage of this Carefree gathering place again and thanked Kiwanis for coming.

Mike then introduced, Steve Morse, Membership Chairman, who spoke about a confidential dues support program being available to members who might be experiencing a financial setback due to the Covid 19 Virus. He said, “Members support Members”! Just contact Steve if you are experiencing a financial situation precluding you from making your Kiwanis Club Membership payments.

Then Mike introduced our featured speaker, Ms Raye Gail, from the YMCA who provided us with an update as to what crisis actions her staff had to take when the Covid 19 Virus impacted on the YMCA and it was forced to shut down. However, the “Y” is now open and already back up to just over 50% of their former member traffic… which was great news as the “Y” is a key element in our community which our Kiwanis Carefree Chapter has supported from the beginning.

Mike then invited all to partake in the Coffee, donated by Venue’s Café and donuts provided by Kiwanis which were difficult to consume through the masks. 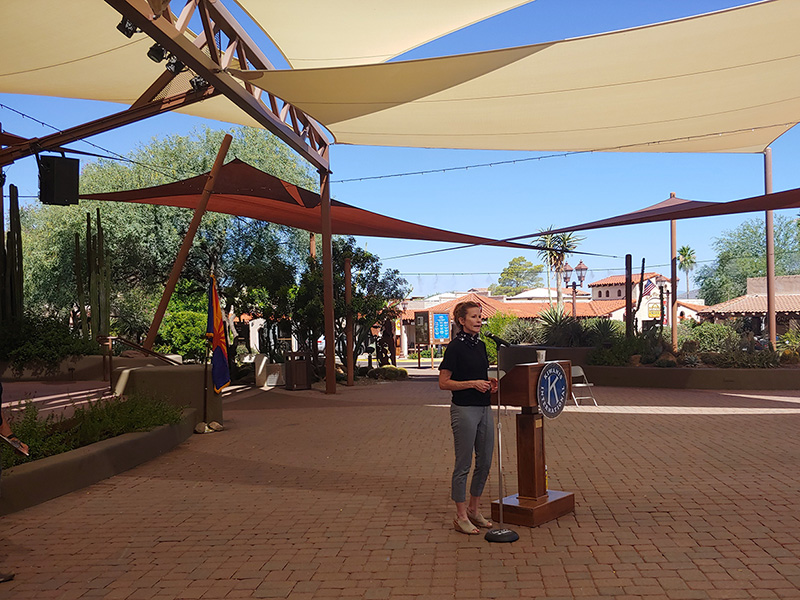 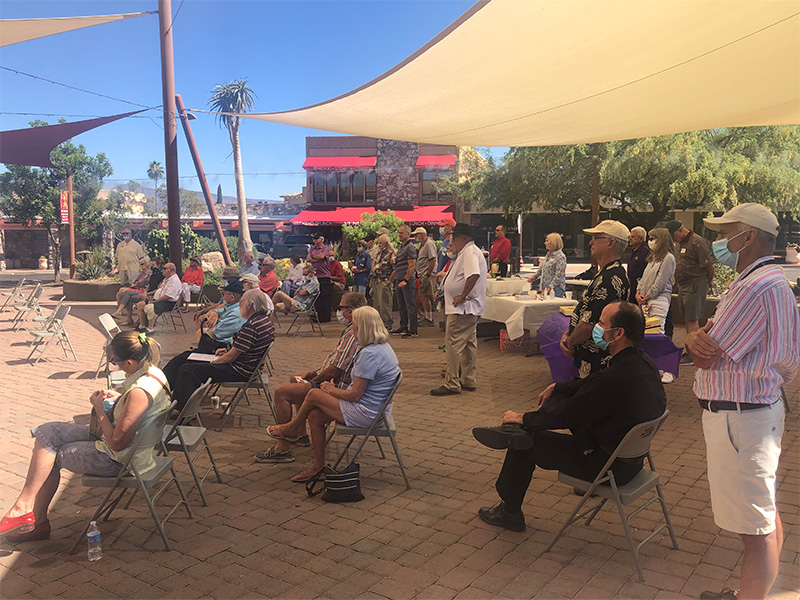