President, Joyce Jordan, opened the meeting with the traditional elements of the program and then introduced Sandra Carrier, our Executive Director, who very emotionally and with great pride announced two awards from the Chamber of Commerce:

Linda Wright, President Elect, gave us a report on :

Joyce Jordan then introduced Tom Leard, Chair of Schools and Education, who introduced:

Alexis Popovich then introduced our Program Speaker, Pastor Jim Noble, who provided a presentation on “Neighbors in Need.” 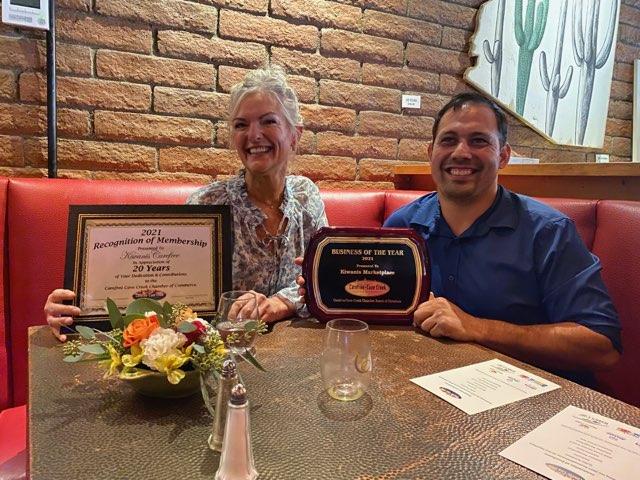 Sandra and Alex with Awards 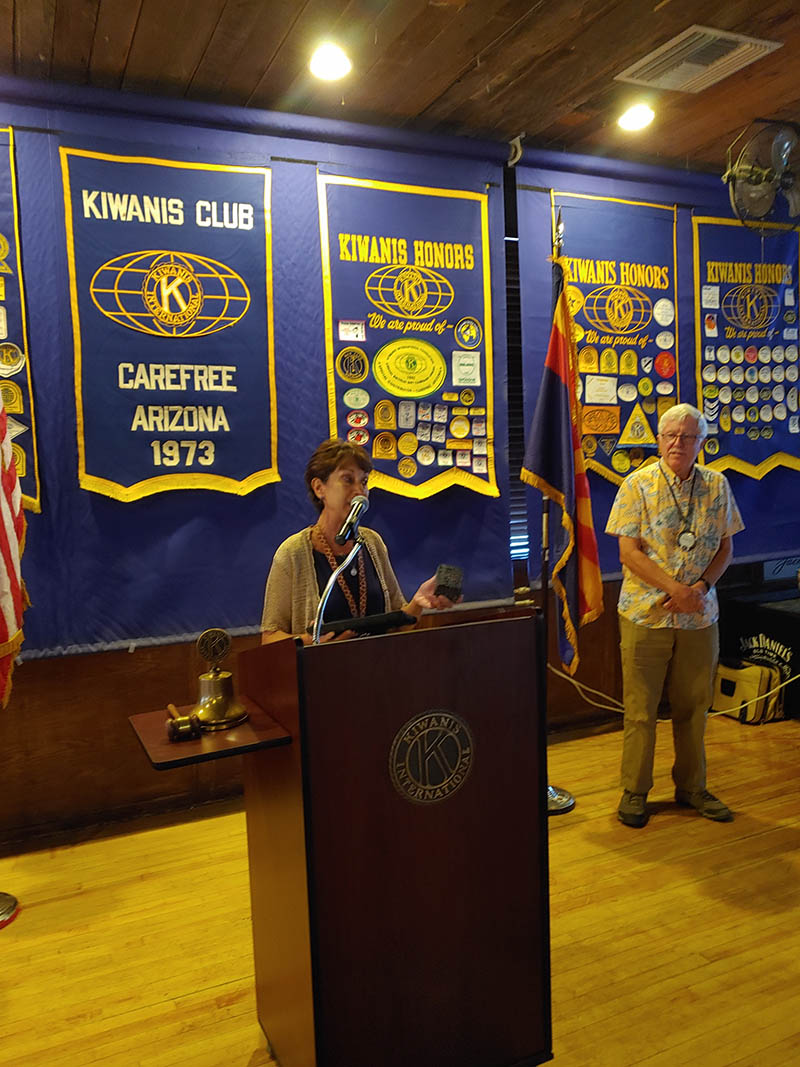 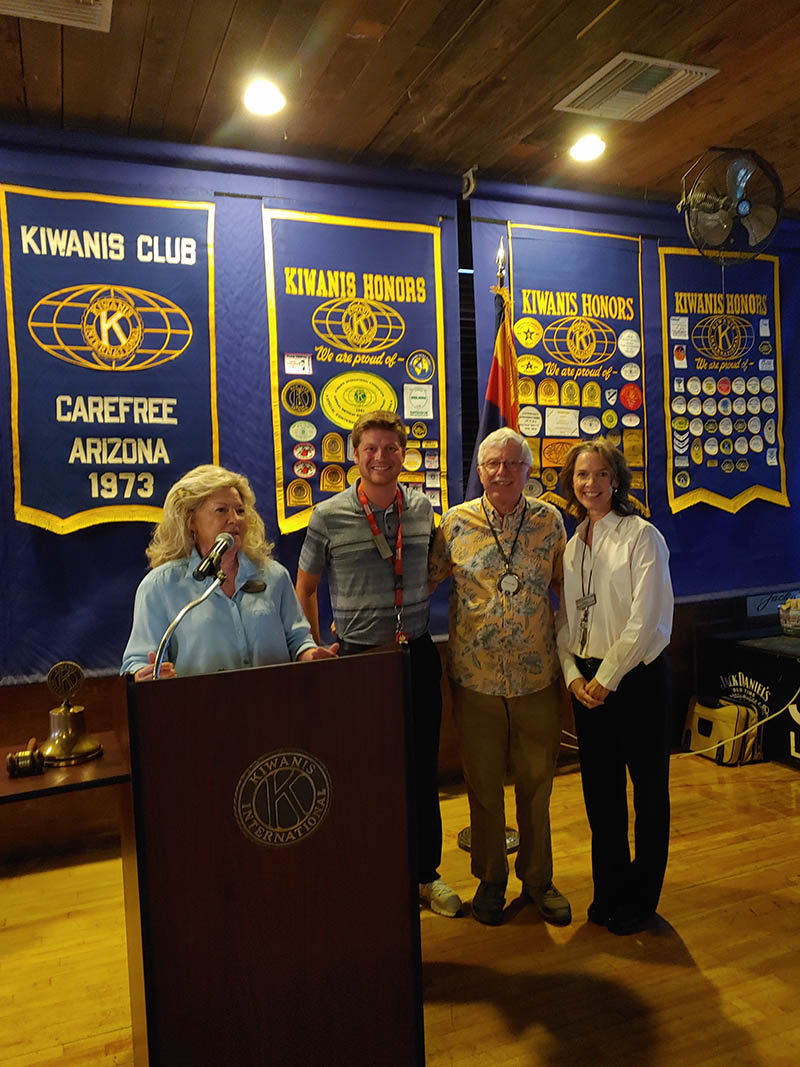 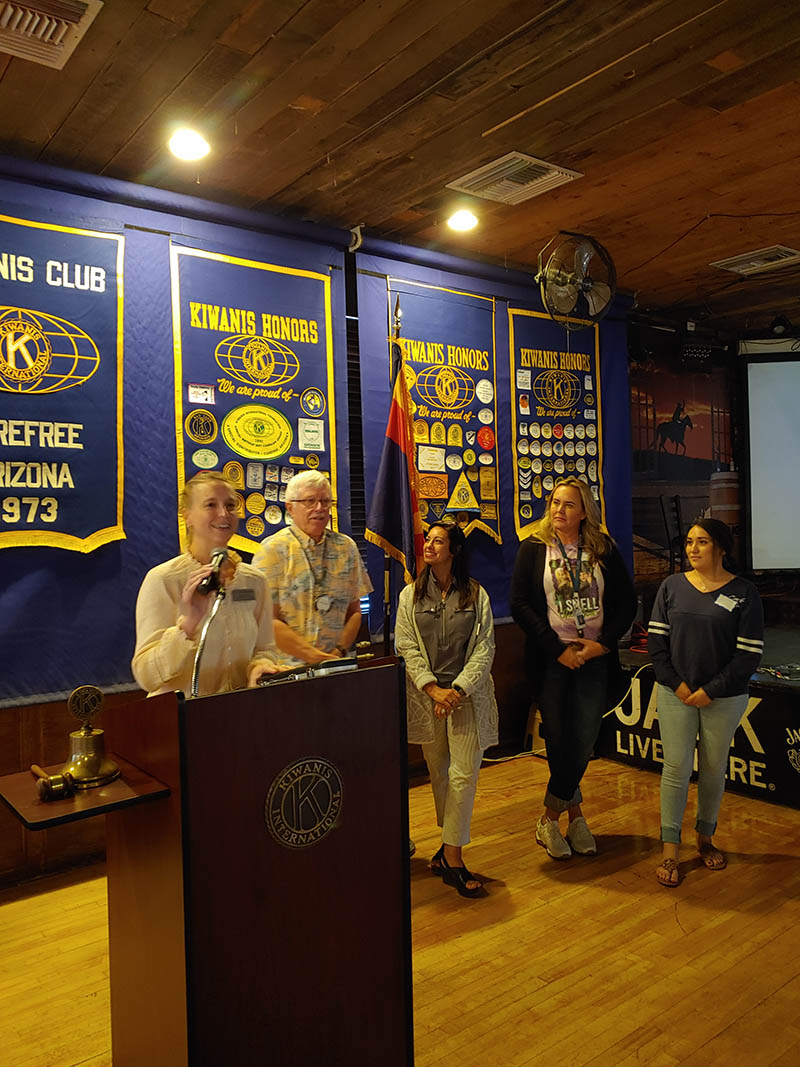 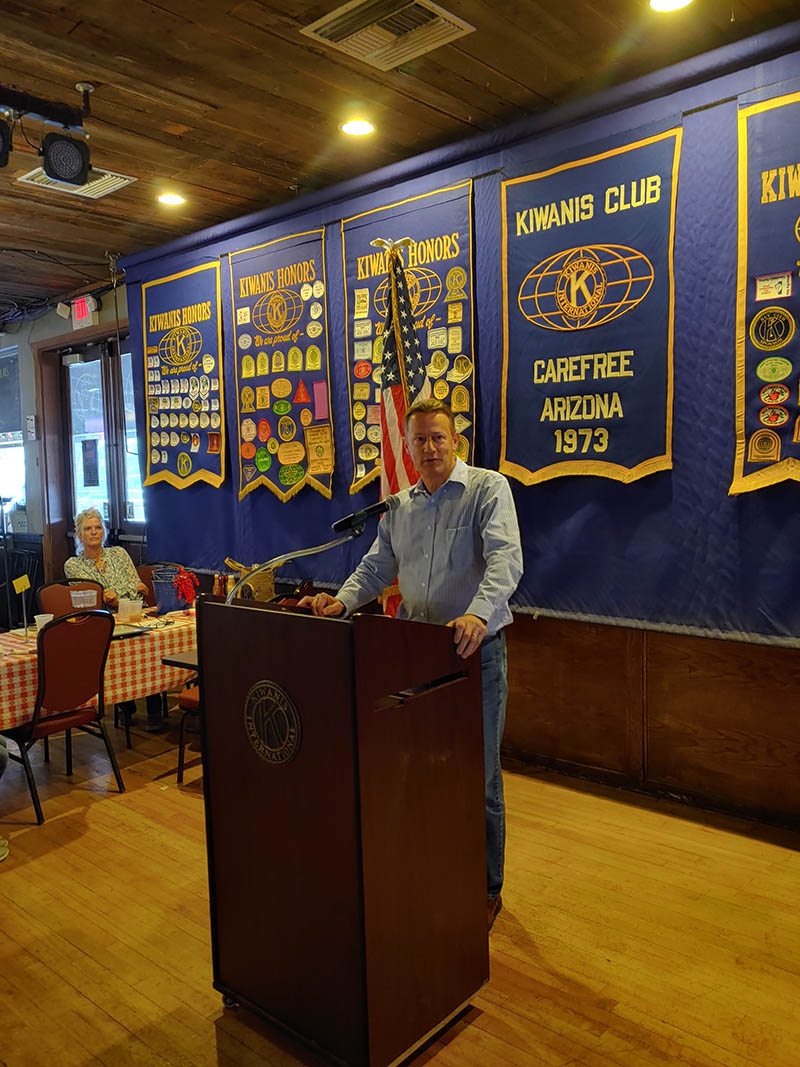 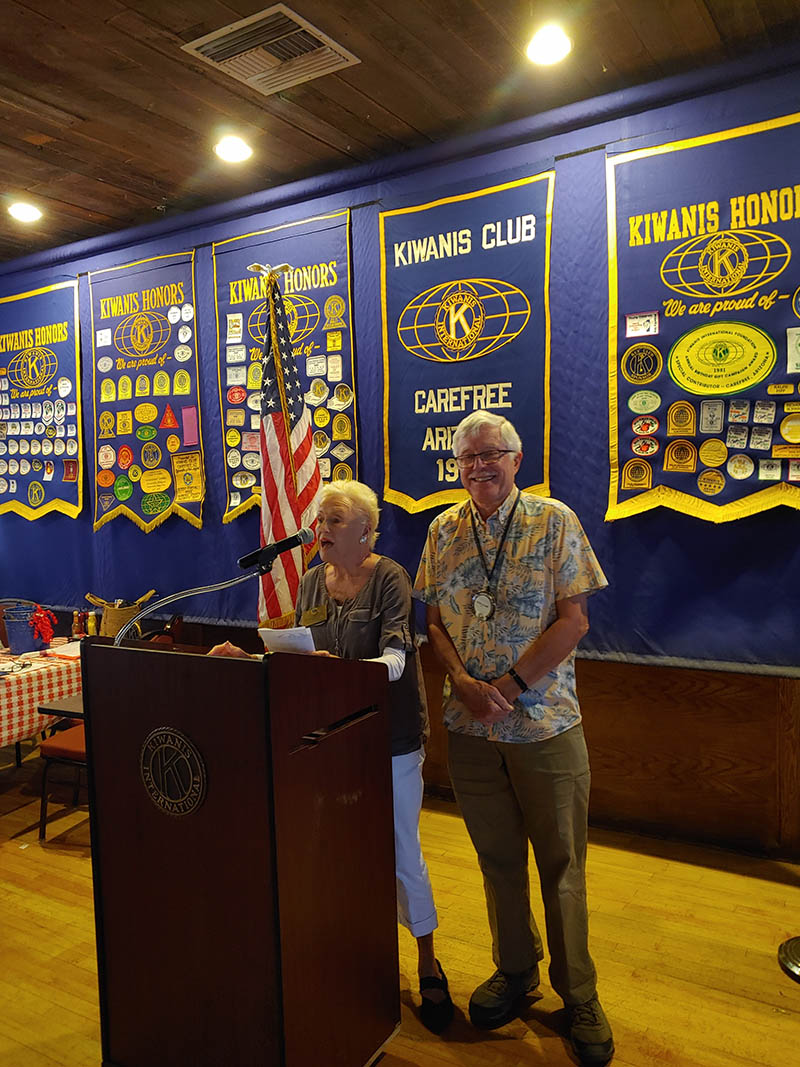