Mr. Coenen was called, “Mr. Cool” when he was serving as Operations Manager for the Boeing Launch Systems Program of the Saturn S-1C Program in New Orleans where it was built. Nancy was just a teenager at this time, but she remembers the excitement of the program and the stress and pressures of the project on the people.

Nancy pridefully presented a power point program on her dad’s technical responsibilities throughout his career, and shared photos of his team, and letters and citations he received for his contributions to the NASA program.

In his four years as Operations Manager for the S-1C, the first stage booster for the Apollo-Saturn moon probe, Mr. Coenen ran a 4,000 man organization force which built and assembled the 138 foot rocket for the moon probe. Later he became the Director of the Boeing Atlantic Test Center in charge of launches at the Cape and oversaw a technical staff of 5,000.

Nancy sprinkled in stories and photos of personal recollections of her father’s relationships with astronauts and technical people like Dr. Werhner von Braun. She also shared the thrill of being in the close up celebrity seating at the launches and felt the ground vibrating when the rocket was launched. She was just barely old enough to be seated in this VIP area. Her younger siblings had to view the launch from a press barge nearby.

Her presentation was wonderful and enlightening with enjoyable personal insights into one of the understated, but key figures in the success of our country’s NASA program. 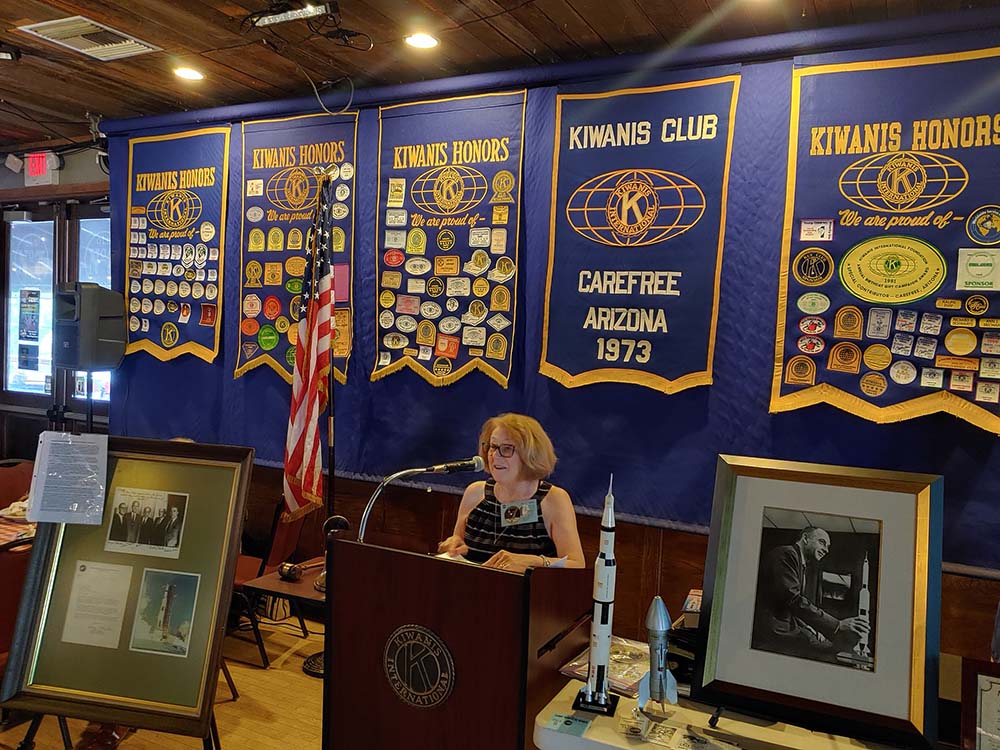